23 Reasons to Be Bullish on Gold

It’s been one of the worst years for gold in a generation. A flood of outflows from gold ETFs, endless tax increases on gold imports in India, and the mirage (albeit a convincing one in the eyes of many) of a supposedly improving economy in the US have all contributed to the constant hammering gold took in 2013.

Perhaps worse has been the onslaught of negative press our favorite metal has suffered. It’s felt overwhelming at times and has pushed even some die-hard goldbugs to question their beliefs… not a bad thing, by the way. 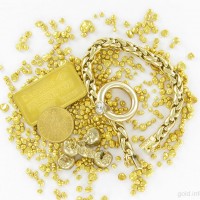 To me, a lot of it felt like piling on, especially as the negative rhetoric ratcheted up. Last year’s winner was probably Goldman Sachs, calling gold a “slam-dunk sale” for 2014 (this, of course, after it’s already fallen by nearly a third over a period of more than two and a half years—how daring they are).

This is why it’s important to balance the one-sided message typically heard in the mainstream media with other views. Here are some of those contrarian voices, all of which have put their money where their mouth is…

You can find the complete article at goldseek.com